From Our Family To Yours

We are committed to making each moment magical for every generation.

Our Tradition. Your Memories.

Krebs has kept the fine art of creating original glass ornaments alive for 70 years in Germany and for 45 years in the USA. A family owned company for four generations, the Krebs family and companies have established themselves as the leader in the glass ornament industry. Known for their unique and original designs, the Krebs companies have set the standards for high quality and service. Because of their working knowledge of international markets, trends, and sourcing, Krebs has grown to be a total glass company - offering glass treasures from around the world and creating Christmas memories for generations to come. 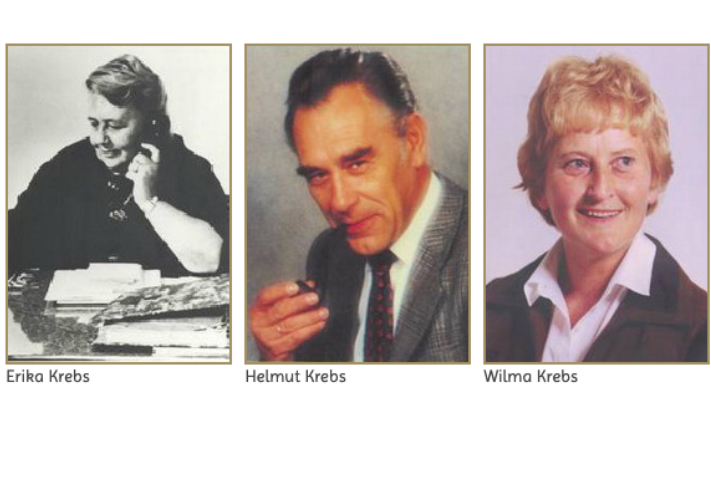 Following the end of World War II, teenager Helmut Krebs and his mother Erica were forced out of their lifelong home in Bohemia, now the Czech Republic, and relocated to a refugee camp in Muehldorf, Bavaria. While there, Helmut and Erica attended a tradeshow hoping to sell paper houses they had made and decorated with glitter. They sold none, however the man in the booth next to theirs had seven orders for glass ornaments. Thinking this was not worth his time, he gave the orders to Helmut and Erica who had no experience in glass ornaments. The Krebs then reached out to their fellow refugee tradesman and were able to organize the production and delivery of those seven orders, and the Krebs and Son ornament factory was born.

The family tradition continues to thrive today under the leadership of Eberhard’s sons Walter and Thomas Krebs. They continue to uphold the highest standards of craftsmanship and a strong commitment to quality and design. Christmas by Krebs has since expanded into Shatterproof Ornaments, opening a factory in Juarez, Mexico. With the addition of the factory in Mexico, Christmas by Krebs is the largest producer of Seasonal ornaments in North America. The company also operates a sales division in Lauscha, Germany to service the European market and stay connected with their family heritage. 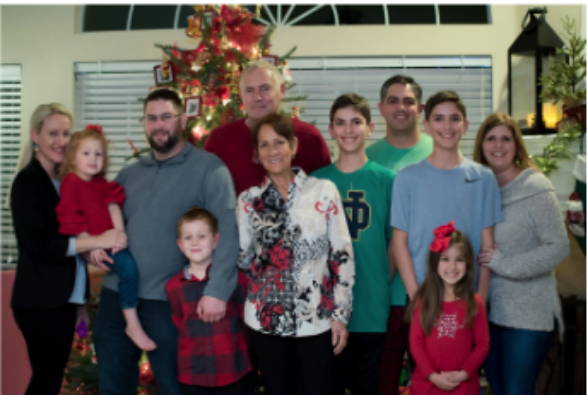 Do you ever wonder what happens in Santa’s workshop after you place your order for Christmas ornaments? Well, let us take you along for a ride through the workshop to see just what our elves do to get you your unique holiday décor and to give you a better understanding of just how committed we are to your complete satisfaction. 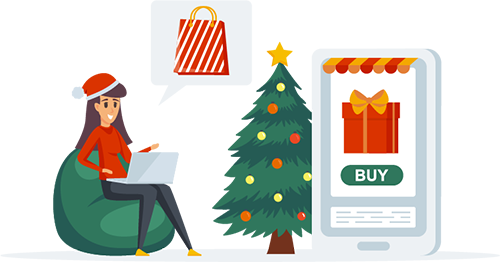 Step 1: Selecting the Christmas ornaments that will set you holiday décor over the top!

When you shop Americas largest glass ornament manufacturer it can be a bit overwhelming when trying to select the exact perfect ornament that will tie all of you holiday décor together perfectly. However, we take pride in offering something for everyone from our solid and decorated glass ornaments to our personalized and figural glass ornaments to our shatterproof outdoor décor.
Once you order is placed it goes directly to our head elf who gets to work processing your order to make your dream become a reality.

Once our head elf has processed your order the information gets sent through our internal system to Santa’s workshop in Roswell, NM. If the item you selected is a personalized item it then goes to our decorating line where a skilled member of our team, with very steady fingers, hand decorates your ornament with name, greeting or message of your choice. If your item is from our standard line of gorgeous glass ornaments or outdoor decor, it simply gets pulled and sent on to the next step. 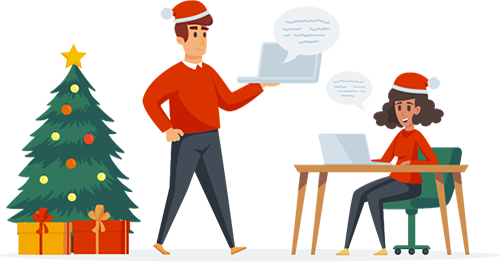 After our elves have finalized your order with your unique Christmas ornaments it gets passed down the line to our quality control area where it gets a final once over to ensure it is exactly what you ordered.
Our elves rarely make mistakes but we double and triple check the spelling, color, and overall cleanliness of your Christmas ornament to ensure that it is exactly what you have ordered. Your complete satisfaction is our number one concern after all. 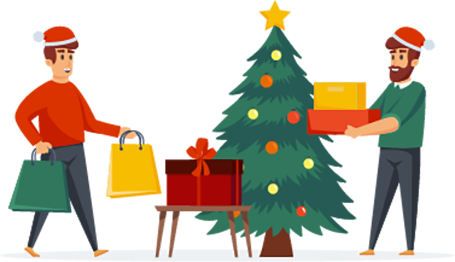 Your Christmas ornaments are almost home! Once we’re sure that your holiday décor is picture perfect, our elves take great care in packaging your ornaments in soft packing material and secure corrugated boxes, they are then placed on Santa’s sleigh to be whisked away to your home where you can proudly display it on your Christmas tree.

Let customers speak for us

Love my new ornament! I've collected Masters on Silk for over 30 years!

These ornaments are so beautiful. They are my favorite ! I now have them in three colors.

I use these when I am cutting grass or using the weed trimmer to keep debris out of my eyes. I cannot wear goggles over my glasses but these face shields provide good clear coverage and keep the debris out.